Tokenization 101: What your subscription business needs to know

What do ancient Egyptians and Julius Caesar have in common? They were some of the earliest users of encryption to convert messages with sensitive information “into a form unreadable by anyone except the intended recipient.”

Around 1900 BC there is evidence of Egyptians using cryptography in hieroglyphs. Caesar’s encryption was pretty basic; he took the alphabet and “shifted by 3” so each “A” in his message was replaced by a “D” while each “B” was replaced with an “E,” etc.

One of the most famous uses of encryption came during WWII. The encryption key for the Enigma machine used by Germany during WWII was reset everyday at midnight, which gave codebreakers less than 20 hours (from the time messages were intercepted) to attempt to crack the code before being forced to start from scratch.

Encryption methods have become more complex with technology advancements, and you and I can thank sophisticated encryption processes for allowing us to make secure purchases in a digital economy.

However, in today’s world of online payment processing and recurring billing, tokenization has replaced encryption as the preferred method of protecting sensitive credit card data. The word is thrown around frequently, but many people are pretty hazy on what tokenization actually is. We’ve got you covered. In today’s blog we’re explaining the basics of tokenization:

Tokenization protects sensitive data by replacing the information with a unique digital identifier (the “token”). Tokens can be used to replace a variety of data ranging from medical information to clearing house data, but the most popular use of tokenization is to securely protect credit card data.

What’s the difference between tokenization and encryption?

“Encryption is the transformation of data into a form unreadable by anyone without a secret decryption key,” according to Stanford computer science professor Eric Roberts.

Unlike tokenization, sensitive data protected by encryption is mathematically reversible: 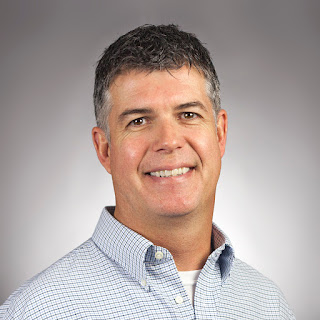 Encryption maintains a mathematical relationship to the original data point, which means encryption methods are only as good as their algorithm strength. If a hacker cracks the algorithm, they are also able to decrypt all encrypted values.
Mike Reisen, Security Analyst

How does tokenization work?

Why does it matter?

Security: Security is paramount to subscribers and business owners. Subscription-based businesses, in which a subscriber’s credit card is “put on file” for recurring billing, benefit greatly from the increased security and fraud protection tokenization provides.

It is important to note that employing tokenization does not automatically make a merchant PCI compliant. If you’re using Chargify (shameless plug), we’ve got you covered; Chargify is a Level 1 PCI compliant service provider.

Convenience: Tokens are convenient for you and your customers. You don’t have to worry about sensitive data passing through your own systems.

As your customers “increasingly shop with connected devices, the need for a seamless and secure digital payment experience becomes crucial. Without exposing the consumer’s account to fraud, tokenization enables frictionless, card-free payments in digital commerce environments,” according to Visa.

While the goal of protecting sensitive data is the same for both, encryption and tokenization remain two different technologies. As a subscription-based business, it is helpful to have a basic understanding of how tokenization protects your business and customers. All major payment gateways have adapted tokenization and utilize vault tokens to provide merchants with more security and fraud protection.

The post Tokenization 101: What your subscription business needs to know appeared first on Chargify Blog.

Newer Maximize Recovered Revenue: How to improve your revenue retention strategies
Back to list
Older
Startups, SaaS & Subscription Billing: Our Top 10 Most Popular Posts In 2016
close

Create an Account
Start typing to see products you are looking for.